The is our TV Room.       We did not like or trust the gas heater in front of the fireplace.  It looked very sketchy.      So we threw it out with the demolition.         Our plan is to get vent-less logs, and some day have white built ins built on both sides of the fire place.        I want it to be like our living room at our Hidden Acres House.
The ceiling had no lights.     I did not want another room that we had to use lamps.    So we had the ceiling torn out, and had  LED recessed lighting put in.        We also mounted the TV over the fake fireplace.       Painted,  took the blind down, put up new curtain rods, and added curtains. 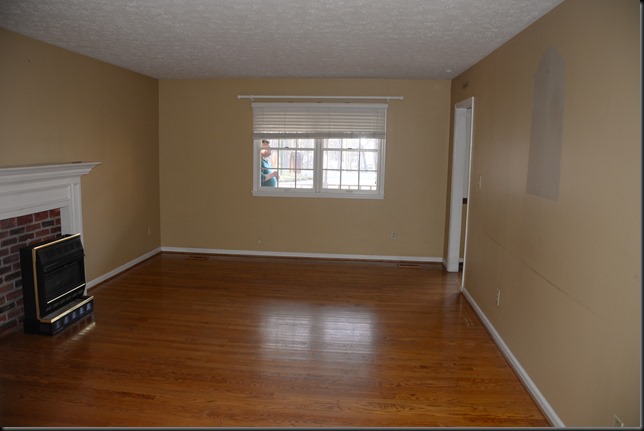 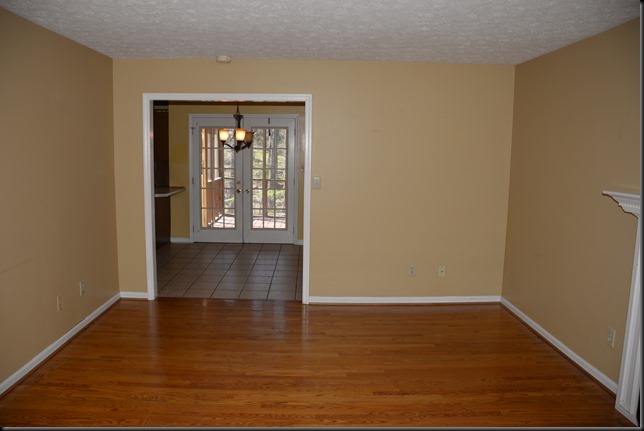 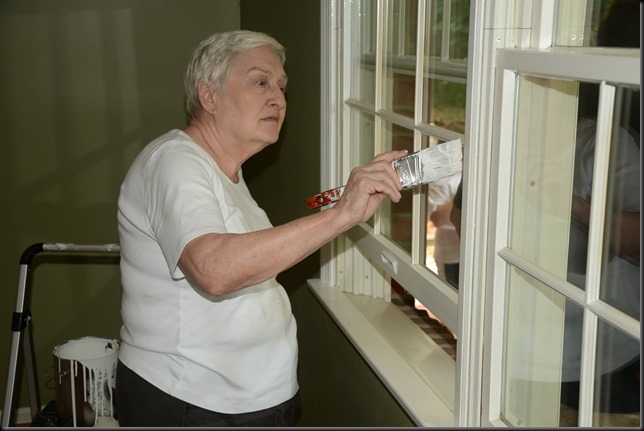 AFTER:   I wanted this room to be fun, colorful, and comfortable.        Paint:   Behr  Bamboo Grass (it is prettier in person, the lighting makes the green look more neon, but its actually a pretty green)    We had this in our Hidden Acres house, and I wanted to bring some of that back with us to Timberland.        ((((  Just imagine beautiful gas logs and built ins on either side of the fireplace. ))))   hahaha  someday! 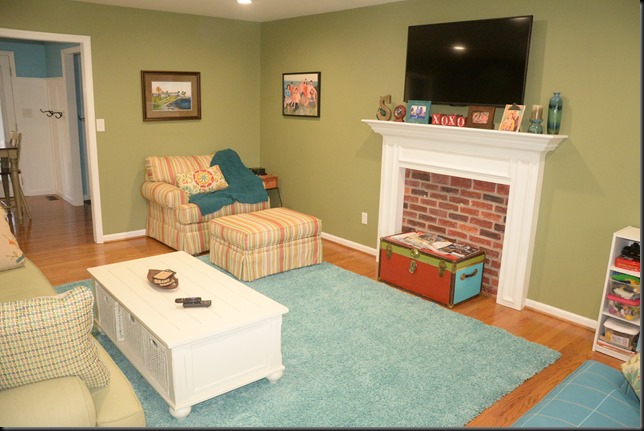 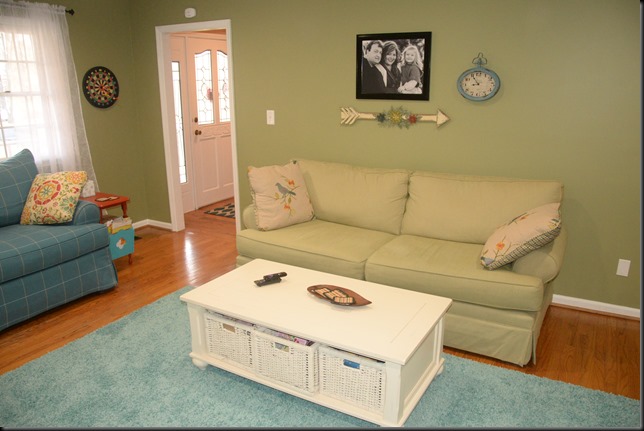 The Entry:     BEFORE:     We decided to paint the chair rail and do the hall way just like the dining room to keep the flow of the house going.       So all we did out in the entry and hall was some cleaning,  painting, and changing out light fixtures.         New thermostats too.   Rob had to have the ECOBEES.     That is the one thing he asked for when we bought the house.   The Ecobees are SMART thermostats.      He likes to control them with his phone.        They really are an energy saver.     I would recommend them. 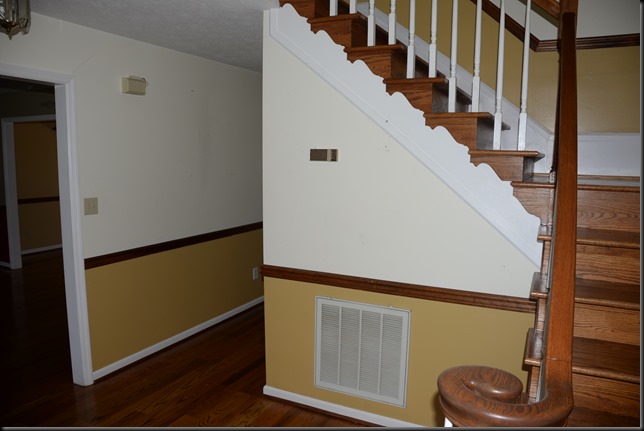 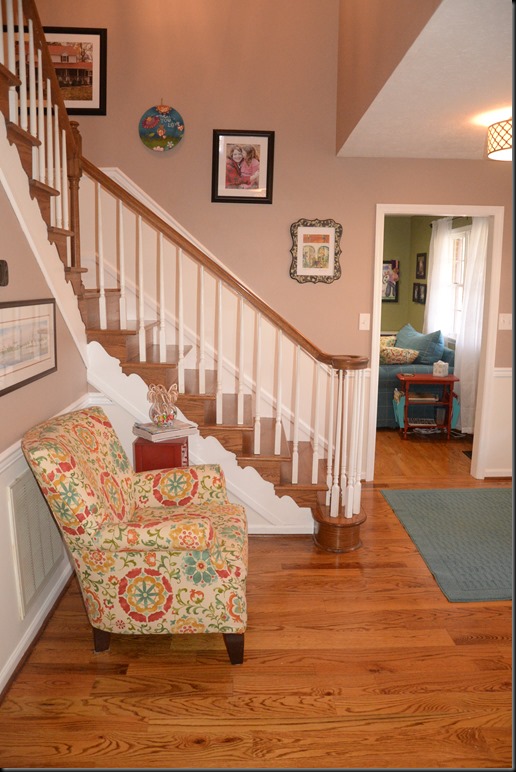 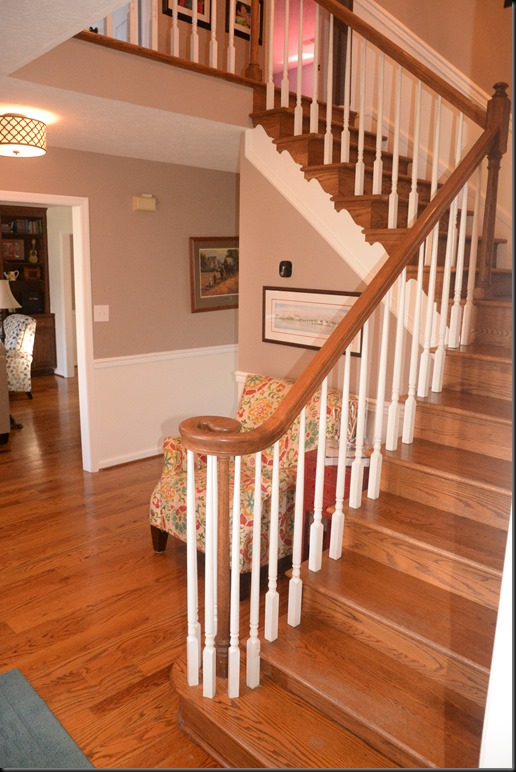 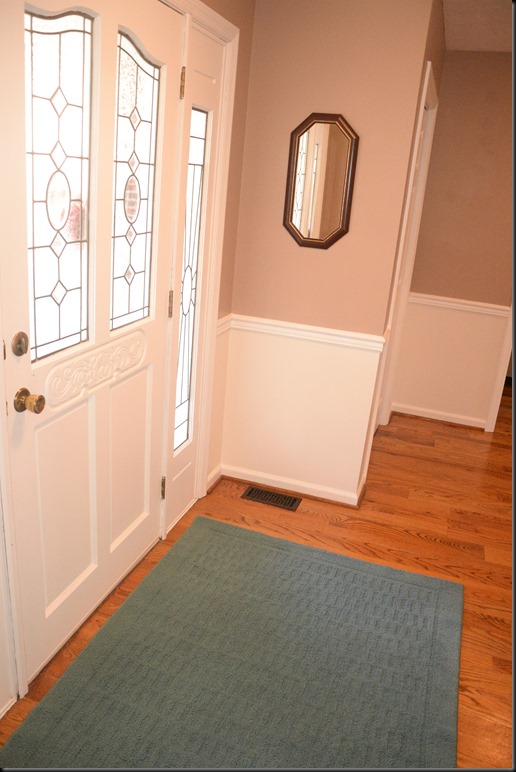 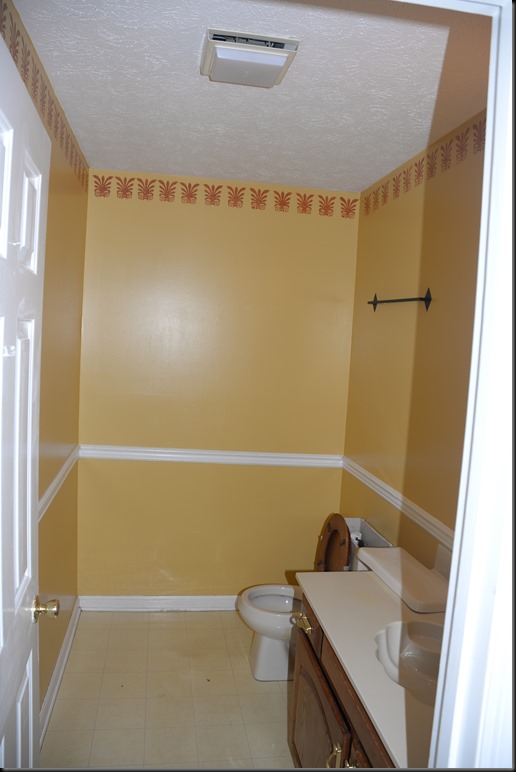 AFTER:    I saw the wall with the hooks on Pinterest, and I had my contractor build it.   It took me several coats of paint to get it that white!    I found my hooks at Hobby Lobby.    I had the same wall built in the kitchen with hooks.      I forgot to blog that about the kitchen.

I used the same brown paint that I used in most of the downstairs.    Behr:   Rugged Brown.      The Granite throughout the house all matches.     I really like that. 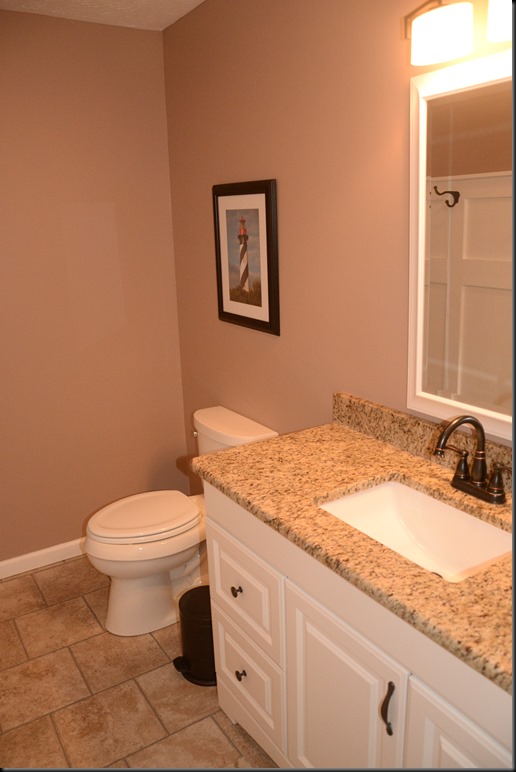 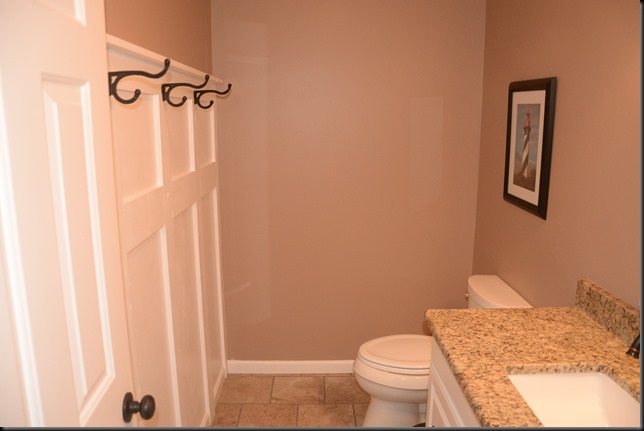 Gordon and Maelen working on the trim cuts. 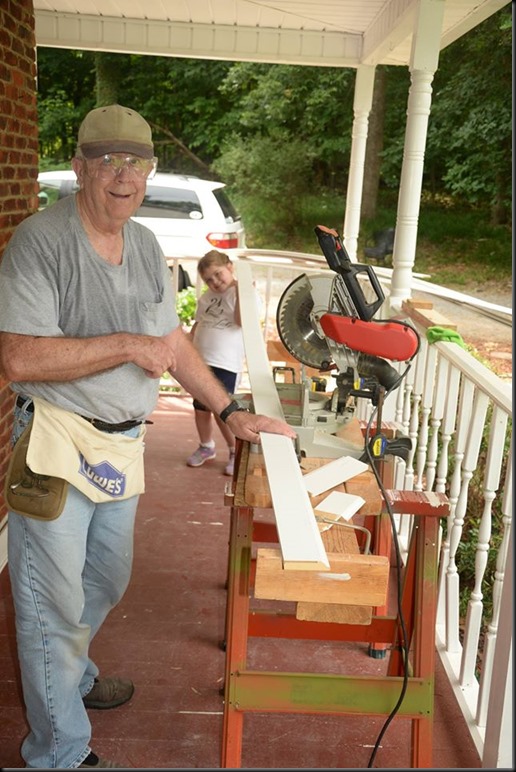 Hi my name is Misty Spangler!!! My husband Rob and I started Spangler Photography in 2005. Photography is a love that we both have shared our entire lives!!!
We retired from Professional Photography in 2009. We retired because we had our daughter!!!! The joy she brings to our lives is endless!!! We simply don't have time to do professional photography anymore.
My blog is full of candid and portrait photos that we have taken. (mostly of our daughter, and her friends)
Thank you for taking a look.

Misty Spangler
"If I could tell the story in words, I wouldn't need to lug around a camera." ~Lewis Hine